2 in stock (can be backordered)

If you’ve never heard of Bitcoin it’s time to make up for lost time. Currently in the Portuguese press more than 30 news a day about Bitcoin and cryptocurrencies are published. More than 25 million people around the world already have cryptocurrency “wallets”. One in three people of the Millenium generation will own Bitcoin by the end of 2018. In 2017 “bitcoin” was the second most searched topic on Google. It is probably the most important invention since the creation of the Internet, and its impact on the world will be just as revolutionary.

In 2008, in the midst of a financial crisis, Satoshi Nakamoto, someone whose identity remains unknown to this day, had an idea that changed the world. While banks collapsed one after another and forced governments to inject millions of euros, Bitcoin was born. An innovative, global electronic currency, without borders, without intermediaries and that cannot be controlled by any person or institution.

Cryptocurrencies are no longer a utopia and today they serve as the basis for a new economy, they finance thousands of companies around the world, and their value already reaches more than 400 billion euros. The biggest companies in the world are investing millions of euros in the creation of blockchain projects. Bitcoin is much more than a speculative financial investment.

The Happiness of Chasing Your Dreams
€15,96
Add to cart
Sale! 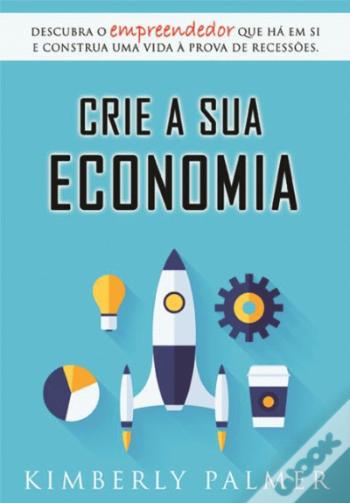 The Economy of You: Discover Your Inner Entrepreneur and Recession-Proof Your Life
€15,98
Add to cart
Sale!